Mike has hunted game animals in Africa, Canada, Alaska, North America’s lower 48, Mexico, South America, Hawaii, and has been a “hands on” outfitter in Texas for over 22 years. Mike and his wife have hunted abroad and, as a result, have connections with the top 30 outfitters of their respective species in the U.S. and internationally.

In the early 1990s, he owned a fishing operation in Puerto Vallarta, Mexico on the pacific coast and entertained clients for marlin, sailfish, wahoo and the tuna species.

Mike has guided hundreds of clients on trophy whitetail and mule deer and operated wing shooting excursions for dove, quail and upland hunting.

Mike has a broad, yet detailed, understanding of Texas ranch real estate, and consults with buyers and sellers on Texas ranch land. He is a former ranch co-owner in South Texas, and currently consults with landowners in improving the wildlife on their ranches and improving efficiency in their operations. Additionally, he is retained as a consultant land-man with one of the leading oil royalty companies currently operating in the Eagle-Ford shale in south Texas – the most prolific oil and gas find in recent Texas history. Mike has first hand knowledge of the Texas wind energy industry and has negotiated with wind turbine energy companies for Texas landowners.

Mike truly has a deep passion for sharing his outdoor knowledge, as well as consulting with clients to help direct them to the finest outdoor destinations in the world.

He holds a degree from Texas State University, where he played NCAA Division I-AA football. He has a wife, Holly, and two sons, Hudson (15) and Cullen (13), who have been raised in the outdoors.

Andri guides clients on over 1 million acres in southern Africa. He takes pride in keeping hunting parties very small, and gives personal attention to each client in taking not only the very highest trophy quality, but also making sure clients have the safest and highest quality overall experience found in southern Africa today.

Jay is “at home” in the outdoors. He has spent his entire life hunting and fishing throughout Texas and internationally. From hunting for large whitetails with a bow to catching giant blue marlin, the enjoys nothing more than chasing big game and consulting with clients about the finest destinations to fulfill their dreams.

Jay has been privileged enough to hunt and guide on some of the best ranches the Golden Triangle of Texas whitetails has to offer. He has fished from Colorado to Panama and everywhere in between.

Jay has spent the last 15 years guiding and booking hunters and fisherman to some of the best locations, destinations, and lodges around the globe. His expertise in many outdoor fields provides him with a unique ability to advise clients of all kinds of great outdoor opportunities. Jay prides himself on being able to put his clients on the same type of adventures that he would choose for himself, and offering personal, hands-on experiences of a lifetime. Jay has been instrumental in our corporate booking processes in recent seasons.

Chad is an avid outdoorsman. As Alabama’s Ducks Unlimited state chairman, Chad possesses a vast knowledge of hunting waterfowl, wild turkey, and whitetail in the southeast. Additionally, Chad has hunted and taken Canadian moose, bear, mule deer, pronghorn and elk, and has harvested whitetail from 140-220 Boone and Crockett, including a 220 2/8 BC in Texas in 2011. Chad has been featured on numerous outdoor TV shows, including Rusty Faulk Outdoors, and brings his experience and expertise to the hunting community of the Southeast for Riata clients.

Chad has a Bachelor of Science degree from Livingston University in Business Administration And Marketing. He has a lovely wife, Dana, a daughter, Olivia, and 2 sons, Jackson and William.

Located in Whitehorse, Yukon, John is a HUGE asset to our clients interested in hunting the following species in the Yukon. Muskox, moose, caribou, grizzly bear, black bear, stone, Dall and bighorn sheep in the Yukon.

His “boots on the ground” knowledge of our local guides and outfitters in the Yukon are second to none. He knows the best trophy areas and outfitters for each species, which equals the clients advantage!

John’s passion for the thrill of the hunt started at a young age while accompanying his father on his hunting adventures. His fathers expertise and guidance helped turn him into the avid outdoorsman and gun enthusiast he is today.

He currently resides in Whitehorse, Yukon, where he and his wife, and children, have won countless big game awards from the Yukon Fish and Game association. These include awards for top moose, caribou, elk, sheep and grizzly/black bear, on multiple occasions.

John’s success stems from years of trial and error and personally hunting most Yukon concessions, observing which part of the Yukon had the most abundance in trophy genetics by species. Over the years he has found each concession to have an abundance of wildlife but has also discovered some areas have a higher density of trophy genetics than others.

This knowledge has helped with many years of success and with his biggest moose – a 73” wide whopper, several caribou scoring over 400”, and his favorite trophy to date – a Dall sheep, which scored 172 7/8 net in Boone and Crockett.

From hunting North America, one end to the other, the Land of the Midnight Sun has become the highlight of all his hunting adventures. This vast, untouched land has so much to offer for the modern day hunter and outdoor enthusiast. John’s emphasis is on the importance of a hunt being a memorable experience overall, and of course, the reward.

Abigail is a native Texan, born and raised in Palestine, Texas, she grew up around the East Texas woods and creeks and still loves the outdoors. Now, with years of administrative experience, she has joined the Riata team as our Office Manager. Abigail lives in Austin, Texas with her daughter, Frances. She will be available in our office to answer questions, take payments, or help with anything else you may need from Riata!

Get the latest news and monthly specials! 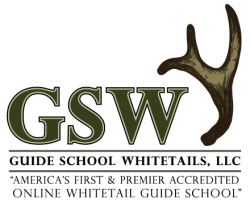